Morgan Horse owners are competitive in the ring or on the trail! We love to show off our wonderful horses, and High Point Award Programs are a very rewarding way to be acknowledged for our efforts.

If you would like to participate in our Awards programs, use the handy forms below:

You can fill out the form on your computer, save it with a different name to your hard drive, and email it to June Davis.  Or you can print the form, fill it out and send it to June (jdavis@gsiwave.com) or snail mail if you prefer.  When you open the file, you will need to allow Excel to “open a file on your computer” then go to the top and click on “Enable Editing”.

Members who receive High Point Awards and other Member Service Awards are recognized at our annual banquet and meeting.

Pictured below are some of our Award Recipients! 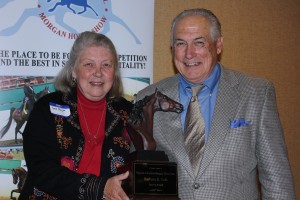 Barbara Beaumont Cole was the person most responsible for the formation of the Virginia Carolinas Morgan Horse Club. In 1966, the first meeting was held in her living room at October Morgan Farm in Raleigh, with 37 Morgan enthusiasts in attendance. In the years that followed, Barbara worked tirelessly to promote the Morgan Horse and our Morgan Club. She served as an officer, a board member and the newsletter editor. She chaired the popular Field Day held in 1969, which drew about 300 horse lovers to Tara Farm to hear the comments of Marilyn Childs.

In November 2001, this club honored Barbara with a “Toast” to recognize our appreciation of her service to our wonderful breed. In 2002, she was honored posthumously for her service to the national Morgan organization, where for several years she was the Editor of The Morgan Horse magazine. Barbara’s husband James was also involved in the VCMHC, serving as chairman of the first Southeastern Morgan Horse Show in 1970 and as club President in 1976. The Barbara Cole Service Award has been established for presentation every other year to a member who has exemplified outstanding service to the club. The BBC Service Award is alternated with the Ed Bowling Sportsmanship Award (see below).

Criteria: This service award recipient should be selected for outstanding service to the club and the breed, should be a member in good standing, and length of service may be a consideration. The selection panel is comprised of the President, Past Presidents, Newsletter Editor, Show Chair and Past Recipients. 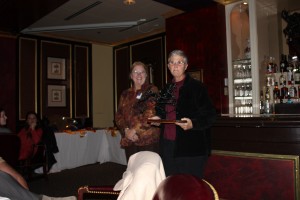 The Outstanding Sportsmanship Award honoring Ed Bowling is to be presented bi-annually, alternating with the Barbara Beaumont Cole Service Award.

Criteria: Awarded to the VCMHC member who exhibits outstanding sportsmanship through consistent demonstration of sincere consideration and respect for others — both inside and outside of the competition ring. One who acts with fairness and civility  and accepts the responsibility of competition with encouragement and unselfishness. Further, the recipient must be an adult member of the VCMHC for at least 12 months prior to receipt of the award, and in continuous good standing with the club. The selection panel includes the President, two board members and two general members (non-officer) and/or nominations from members prior to September 30th. 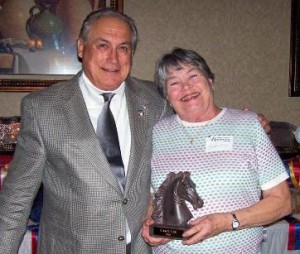 Criteria: To recognize club members who, at an advanced age of over 39, have contributed significantly to the growth, promotion and longevity of the VCMHC in achieving its stated goals. To honor those who have demonstrated support to the Morgan Horse and the Club by volunteering and promoting a variety of activities, no limited to the show arena.The selection panel is the current VCMHC Board of Directors.Previous Recipients: Eleanor Aurand, Carol Clyne & David Dick (2001); Ed Bowling & Fran Pugh (2002); Elizabeth Abernathy (2003); Gael & Pete Jaeger, Sherrie & Woody Davis (2004); Al Cole, Clarence Cozart & Linda Champion (2005); Betsy Buchanan (2006); Carol Lee (2008); Andree Vetrano (2009). 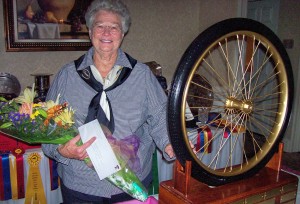 Criteria: Per the show committee. The selection panel is the Southern States Show Committee. 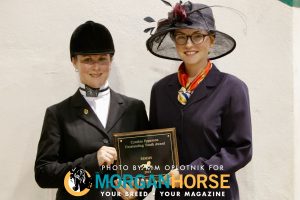 In 1979, the members of the VCMHC Youth Group established the Outstanding Youth Award as a memorial to their member, Cynthia Epperson. Cynthia was the daughter of Gloria and Bob Epperson of Tennessee Valley Morgans in Knoxville, Tennessee. Cynthia exhibited with the youth at Southern States for several years and had been a club member until her untimely death.

The current rules state that a youth (under 18 years) can only be chosen once. The award was established to recognize outstanding sportsmanship by a youth attending the Southern States Show. He or she does not have to be an exhibitor or a Morgan owner, nor are they required to be a VC Youth Club Member.

A committee of three VC club members observes the youth attendees throughout the show watching general attitude, helpfulness to others, involvement and general sportsmanship in and out of the show ring. The award is normally presented during the final championship session. The Committee Chair or other delegated club member or show official will be appointed to secure a trophy, preferably engraved with the name of the award.

Please send any news items, photos or event information to our Newsletter Editor